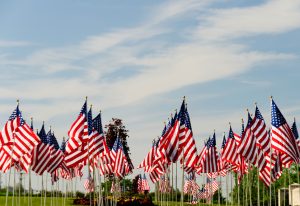 July Fourth is Independence Day and summer is here in full force and half the year has already zoomed by. Our team at the office of Dr. Lisa P. Howard DDS MS researched some fun facts about our country’s most celebrated holiday which hallmarks our independence as a nation.

Did you know the Fourth of July or Independence Day, has only been a federal holiday in the United States since 1941? However, the tradition of Independence Day celebrations goes back to the 18th century and the American Revolution (1775-83). July 4th has been celebrated as the birth of American independence, with celebrations ranging from fireworks, parades, and concerts to more casual family gatherings and barbecues.

As a safety precaution for you and your family, we are also providing fireworks safety tips at KidsHealth.com

We hope you enjoyed this 4th of July trivia. Share these fun 4th of July trivia ideas with your friends and family members to make your Independence Day celebration more meaningful. Happy Fourth of July from Dr. Lisa P. Howard DDS MS and her Team!